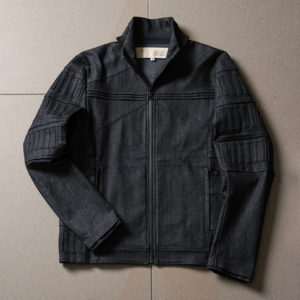 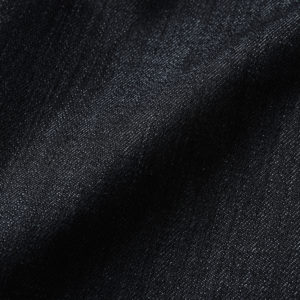 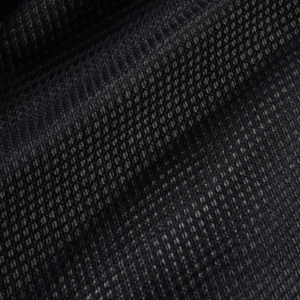 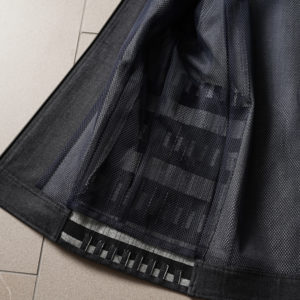 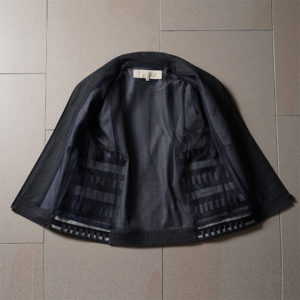 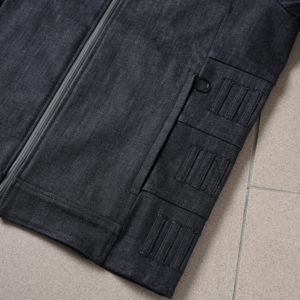 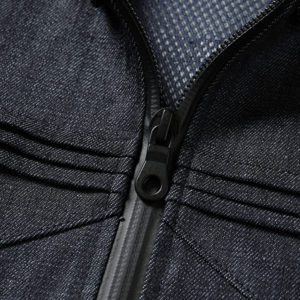 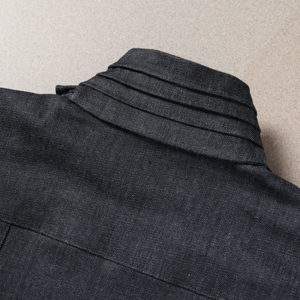 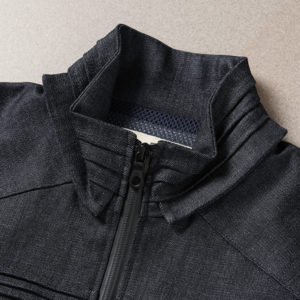 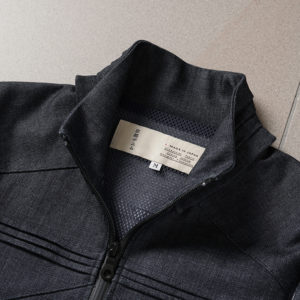 The "large armor" worn by military commanders from the middle of the Heian period to the Kamakura period is boldly arranged with denim.
It is a dish of Kyoto Denim whole body composed of about XNUMX parts.

* Updated to a looser silhouette such as shoulder width and width than the conventional large armor jacket.

It is made to order.
* Currently, the first production is only M size.
We are currently considering the production of other sizes due to the complicated structure.

The quantity of orders is limited, and it may not be possible to purchase due to out of stock. Please note
As this is a made-to-order product, it cannot be returned or exchanged. Please note that when ordering.
Contact us via LINE
Product code: MOYJ01-1-1 Product category: Men's outerwear, Men's list Product tag: Men, Jackets, Build-to-order manufacturing, Large armor, Large armor jacket
NEU
Beliebt

"O-yoroi" is one of the armor worn by military commanders from the middle of the Heian period to the Kamakura period.

The armor, which was originally developed and established in Japan in the national culture of the Heian period, unfortunately demonstrates the profoundness and splendor of ancient Japan.

Kyoto Denim focused on the "large armor" and continued trial and error as to whether it could be made with denim in a modern style.

After repeated research such as disassembling the armor that was actually used, this "Large Armor Jacket" was completed over the course of two years.

The body, which is sewn to imitate the structure of large armor, is composed of as many as XNUMX parts, and attention is paid to every detail.

The neck part has the image of a helmet and a butterbur.

The torso is simply designed to look stylish while expressing the small bill of large armor.

From the shoulders to the elbows, one piece of fabric is sewn alternately to make the same part as the large armor called O-yorode.

The fastener is waterproof so that it can be used for a long time. It repels water and is less likely to rust.

There are two pockets on the left and right.

The fabric is of course denim.
As with jeans, it deteriorates over time, causing atari, so the longer you wear it, the more true it becomes into a "large armor".

The silhouette has been updated to a wider range than the conventional large armor jacket.
The slightly loose silhouette is designed so that you don't have to worry about your abdomen while keeping in mind modern trends.

It's comfortable to wear, and we are particular about ease of movement.
"Large armor jacket" that incorporates the "likeness" and "discerningness" of Kyoto denim everywhere.
It is a full-length work full of romance of Kyoto denim, which is different from the gorgeousness of Kyoto Yuzen dyeing and Kinsai Yuzen.

* Since the size chart is an actual measurement, there may be slight differences in dimensions.
* The same care as jeans is OK, but please do not use the dryer as it may shrink.

¥57,777 (tax included)
Wearing it as a set with a large armor jacket will bring it closer to "large armor". 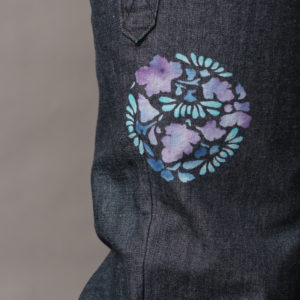 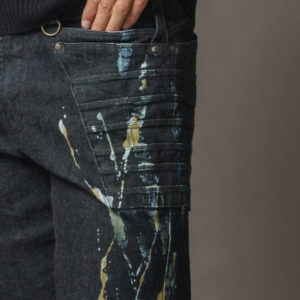 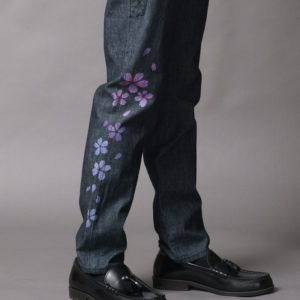 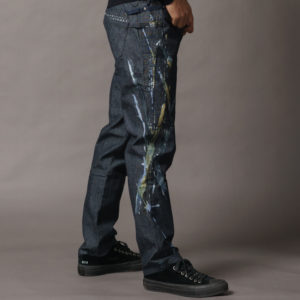 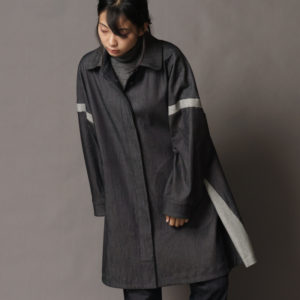 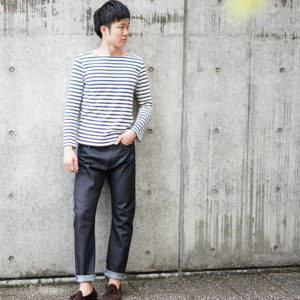 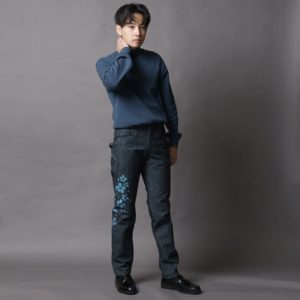